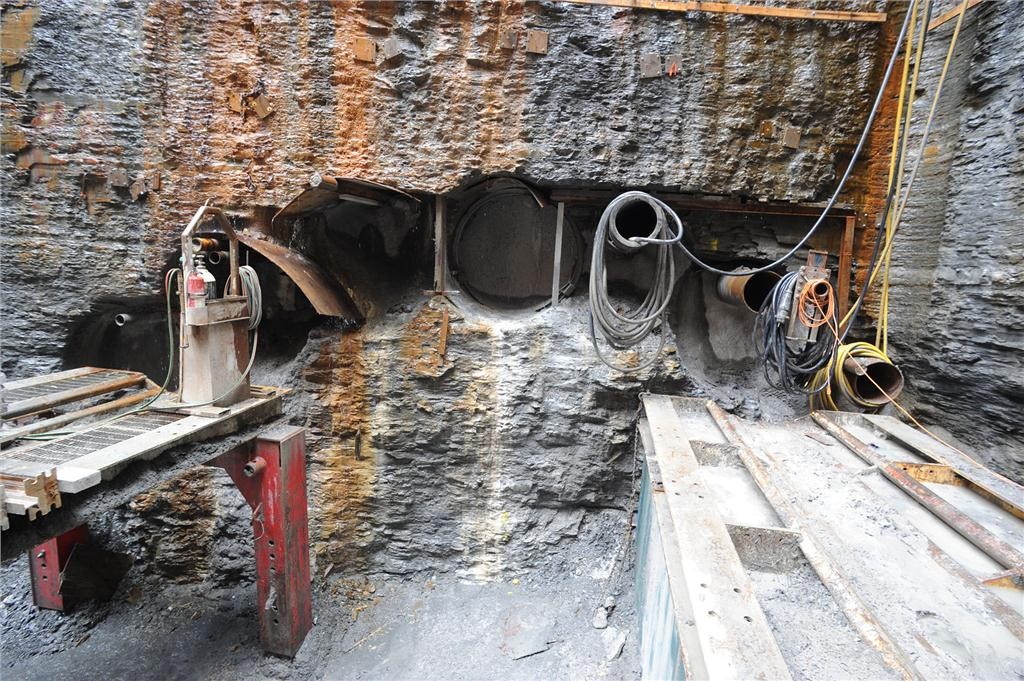 The seven drift tunnels that will make up the crown of the pedestrian tunnel to the Billy Bishop Toronto City Airport are completed.

This marks a significant step in the project to link the Toronto island airport, currently only accessible by ferry, to the mainland.

Geoffrey Wilson, president and CEO of the Toronto Port Authority, said the completion of the seven drift tunnels is a major milestone for the project. “It marks the end of an important phase of construction that takes us one step closer to providing passengers with fast and efficient access to Billy Bishop Toronto City Airport,” he said.

Two tunnel boring machines­­––chip and dale­­––began construction of the seven interlocking tunnels in March 2012. The tunnels will form a crown to prevent water ingress, and three will be used for City of Toronto water and sanitary mains.

The boring machines can now move onto the project’s next phase to facilitate the excavation of the main pedestrian tunnel, which is expected to be complete by mid-2014.