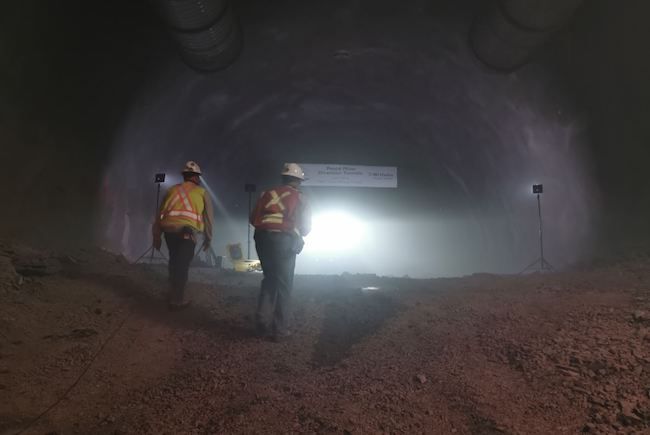 Crews broke through on Tunnel 1 at about 1:30 p.m. June 22 after months of excavation. PHOTO: BC Hydro

BC Hydro announced June 24 that excavation crews working on the first of two diversion tunnels broke through over the weekend — a significant milestone for the approximately $10.7 billion project.

Work on the 700-metre tunnel, which will be used to temporarily reroute the Peace River, began last July. Crews expect to breakthrough on Tunnel 2 next month. Together, the diversion tunnels will be able to funnel about 3,000 cubic metres of water per second around the work site. With water bypassing its usual course, workers will be able to build the project’s earthfill dam across the main channel of the river.

Concrete crews are now working on lining Tunnel 1, which is about 12 metres in diameter, using a custom-built slipform. BC Hydro said 41,000 cubic metres of concrete will be needed to reinforce the walls of both tunnels. 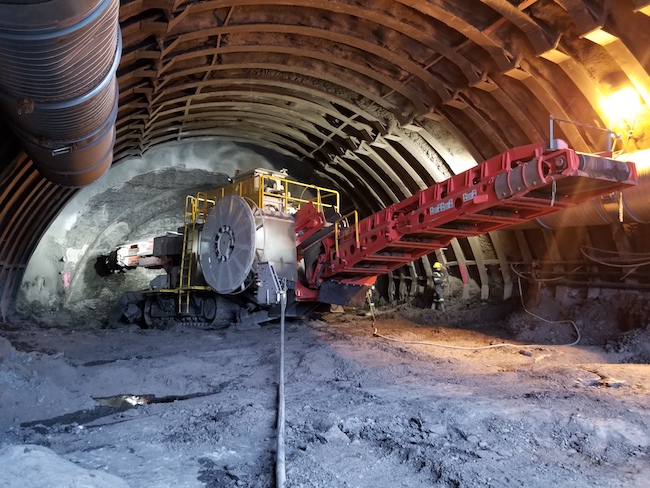 Peace River Hydro Partners, a consortium made up of Acciona Infrastructure Canada Inc. and Samsung C&T Canada Ltd., are heading the project as the contractors for the dam’s main civil works.

Lining each tunnel is the last step before the river diversion can take place. Planners are targeting fall 2020 to reroute the flow of water. Because of monthly fluctuations in the river, the diversion needs to happen in September.

Overall construction on Site C is expected to take until 2024.

Watch the breakthrough moment and an overview of the diversion tunnel project: