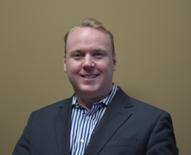 The Ready Mixed Concrete Association of Ontario has a new leader at the helm as Chris Conway joins the organization as President and CEO following the retirement of John Hull.

Conway has more than 18 years of experience in industry association management and government relations. Prior to his current role at RMCAO, Conway spent five years as the President of BOMA Toronto, a commercial real estate association representing 150 million square feet of space in the Greater Toronto Area. Before that, he was the Vice President of Government Relations at REALpac, the Real Property Association of Canada, also a commercial real estate association.

He has also worked in the political sector for a former Deputy Prime Minister of Canada, two cabinet ministers and members of parliament. He has a BA from St. Francis Xavier University, an MBA from Queens University, and a Bachelor of Laws (LLB) from the University of London, UK.

The Ready Mixed Concrete Association of Ontario represents Ontario’s concrete industry. It provides far-reaching technical and marketing support, education and awareness for all applications of concrete across government and all construction sectors.