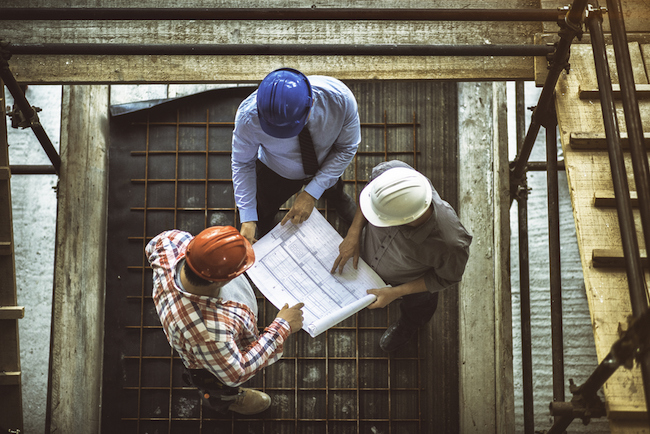 The new set of standards are unlikely to change contractors day-to-day operations much, but will create some additional work when categorizing costs. PHOTO: Getty Images

TORONTO— An international coalition of professional associations, mostly made up quantity surveyor groups, is turning up the heat on Canada’s construction industry in an effort to convince project owners and contractors to adopt a new set of reporting standards.

“Benchmarking can only happen if you’re comparing one type of apple to another apple,” said RICS Infrastructure Director, Anil Sawhney, noting that projects in different areas of Canada—and even those within individual provinces—often don’t follow the same reporting standards.

If one contractor breaks down a construction project’s costs using the 16 divisions format, for instance, while another uses 50 buckets to categorize costs, it’s difficult to stack the projects up against each other. The lack of uniformity creates major problems for quantity surveyors reviewing past data to formulate new cost estimates, as well as for owners trying to benchmark major projects against others.

“We’re trying to predict costs for our clients,” said Darren Cash, a director at consultant BTY Group in charge of Eastern Canada. “There’s many ways to go about, but in order for us to go to a client and say ‘Look, your project’s going to cost X and we’ve benchmarked it against X, Y and Z projects,’ [we have to] validate our number.” If past projects haven’t used the same method of cost categorization, benchmarking is tough to carry out, he added.

This is where the new International Construction Measurement Standards (ICMS) come in.

Instead maintaining the current scattershot approach, the groups pushing for ICMS want the new set of standards implemented across the board—from the moment surveyors first map out a site, to the time construction crews hand over the figurative keys.

For surveyors, government agencies and large-scale project owners, the benefits of benchmarking are obvious. For contractors, however, the potential gains of implementing ICMS are tougher to define.

“The people who are going to reap the most significant benefit is going to be ownership, whether it’s a municipality or a federal body, or a large multinational—especially ones that are using it across multiple countries at a time,” said Gareth David, the chief estimator at PCL Constructors Westcoast Inc.

While David, who is also the B.C. chapter chair for RICS, pointed to several benefits for contractors, he said building firms are unlikely to take the initiative to adopt ICMS on their own.

“I don’t think we’re going to be changing anything until an owner tells us to change it,” he said.

Breaking out costs using ICMS would not “make a big difference” to how contractors run their daily operations, David said, but it would create a few additional steps. If ICMS becomes an industry norm, he expects contractors would retain their existing internal cost reporting methods and then use those figures to fill out the higher-level ICMS data.

This isn’t to say contractors will have nothing to show for their efforts.

“It helps you do an internal audit of how you are using cost classification systems,” Sawhney said. “If there is any fragmentation ICMS can provide that platform to remove the fragmentation.”

As contractors test out new data analytics tools, ICMS categorization could also help improve execution by taking lessons learned from one project to other similar jobs down the road.

“If a company were to internally run data analytics, it would be much more useful… since the data that is being utilized to inform decisions is coming from a standard,” Sawhney said.

Slowly, the industry is coming around.

Since ICMS was first introduced about a year ago, a number of major Canadian players have come on board, including Infrastructure Ontario, CBRE Group, BTY Group, Hanscomb, Turner & Townsend, Arcadis and AW Hooker. Though each is at a different stage of adoption— Infrastructure Ontario, for instance, is simply piloting the standards on a new project—there is momentum.

If major government agencies and other large owners embrace ICMS and begin requiring it in contracts, builders will need to come along, or be left behind.

“I think it’s going to become more and more important,” David said, adding that the marketplace is becoming more international all the time and that benchmarking new projects against others worldwide may become more common.

According to Cash, the shift to ICMS is matter of getting all segments of the construction industry to sign on.

It’s a tall order to get all parties on board, he admitted, but added that the path to better cost reporting and benchmarking has to start somewhere.