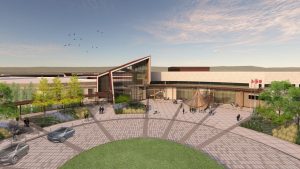 Infrastructure Ontario (IO) and the Ministry of the Solicitor General have awarded a fixed-price contract of $1.2 billion to EllisDon Infrastructure Justice to design, build, finance and maintain a new Thunder Bay Correctional Complex. The contract includes payments during construction, a completion payment and monthly service payments during the 30-year operations and maintenance period.

In addition to awarding the correctional facility contract, the Ontario government also announced $96 million to fund expansion projects at the Thunder Bay Correctional Centre and Kenora Jail, and up to $5 million for a new Northern Attraction Incentive Program pilot to attract and retain corrections staff in the North.

The Thunder Bay Correctional Complex project will be a 345-bed multi-purpose facility that will replace the outdated existing jail and correctional centre in Thunder Bay. Construction is expected to start this fall and be completed by fall 2026.

“A new correctional facility for Thunder Bay is a very important investment to enhance the facility’s living conditions, security, technology, and space,” stated Joey Comeau, COO and executive vice-president, Capital, at EllisDon. “We are honoured to be selected to design, build, finance and maintain the new Thunder Bay Correctional Complex project.”

“Bird is proud to play a part in the important infrastructure developments in Northern Ontario and work with communities to enable rapid delivery solutions through the unique value offering of Bird and our partnership with Stack Modular,” said Teri McKibbon, president and CEO of Bird Construction.

“Infrastructure projects like the Thunder Bay Correctional Complex are essential to our communities,” said Kinga Surma, Ontario’s Minister of Infrastructure. “This investment will ensure staff and frontline workers have access to a more modern and safe space, while also creating hundreds of new jobs and boosting the local economy.”

The province is also funding a pilot program aimed at recruiting and retaining critical frontline corrections staff. The Northern Attraction Incentive Program will provide between $4,000 and $15,000 in onboarding supports for new candidates working at select adult institutions. Existing and new employees who transfer to select locations, can also claim relocation expenses of up to $5,000 per year for up to three years for service at specific probation and parole offices and correctional facilities in the North. The program will begin on April 27 of this year.

“Together, our government’s landmark infrastructure investment and new hiring program will create and support hundreds of jobs in Thunder Bay, Kenora and surrounding regions,” said Solicitor General Sylvia Jones. “We are making exciting progress on building a modern correctional system that supports public safety, meets the care and programming needs of those in custody, and ensures healthy and well-resourced work environments for our frontline corrections staff to do their jobs safely.”