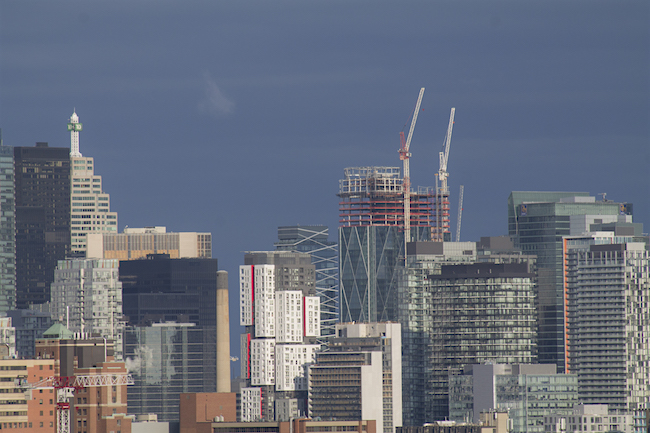 As governments and health officials wrestle with COVID-19, work has slowed on projects across the country and remains at a standstill on many in Canada’s two largest markets. Ontario started to gradually reopen shuttered segments of its building industry this week, and after a six-week hiatus, Quebec plans to allow work to resume on all projects May 11.

Despite the forward momentum, experts aren’t harbouring any illusions that workers getting back on job sites marks a return to normal.

The fallout from coronavirus on construction will be considerable, but the extent hinges on a number of factors — such as how quickly work ramps back up, what supports governments put in place and how long the wider economy takes to recover.

With so much still up in the air, there are few guarantees, said Bill Ferreira, executive director of research organization BuildForce Canada.

“This is not a recession that was brought on by market conditions, this was a recession brought on by a public health crisis,” he said in an interview. “There’s a lot of speculation about how quickly we might see a bounce back… but I don’t think anyone has any sort of definitive answers.”

BuildForce is currently reassessing its projections for 2020, originally released in February, to factor in the abrupt change of circumstances.

From a labour perspective, Ferreira said physical distancing is one area the research organization is watching closely.

“If you have limits put on contractors as to how many workers they can have on a given site, that’s going to have implications not only for costs, but also for construction schedules,” he said, pointing to fewer workers on payroll, slower progress and longer timelines.

PPE has a role to play in addressing the issue, Ferreira said, but it has been hard to come by during the pandemic. “The industry has done everything it can at this point to protect workers. Where physical distancing is just not possible, workers have been supplied with PPE, but again, the longer term implications are something that we are certainly watching because this could have a significant impact on how construction gets done going forward.”

In the coming weeks, a stream of new data will give BuildForce and other forecasters a better indication of how contractors are handling the challenges.

Construction employment held nearly steady in March, the latest month for which data is available, but those figures only account for the early days of the crisis. Numbers showing how the industry’s labour market held up in April — when many job sites closed entirely in Ontario and Quebec — will be available shortly. Statistics Canada plans to release its Labour Force Survey for April this Friday.

On the demand side, the precise outlook is equally unclear, but less than optimistic.

The Q1 2020 RICS/CIQS Canada Construction and Infrastructure Survey shows the strong positive sentiments companies had heading into 2020 were largely reversed as coronavirus spread across North America in the first three months of the year.

“Workloads are anticipated to remain subdued over the next twelve months, with employment projected to drop and, most notably, profit margins viewed as coming under pressure,” the report says.

The survey breaks down industry sentiment in British Columbia, Ontario and the Prairies & Territories. Builders in Ontario have retained some sense of optimism, but have tempered their previous expectations since the fourth quarter of 2019. For the next 12 months, sentiment is marginally positive for infrastructure and flat for other construction work. In the other two regions tracked, expectations are heavily negative in both categories.

Along with the widespread economic uncertainty fuelled by COVID-19, the crash in oil prices is expected to weigh on Alberta, Saskatchewan and Newfoundland and Labrador this year.

In its Spring Economic Outlook, for instance, Export Development Canada said “the ravages inflicted on the oil industry” will take a significant bite out of Canadian GDP. Overall, the arms-length federal credit agency forecasts Canada’s economy will contract by 9.4 per cent in 2020 — making it by far the hardest hit among the OECD countries.

Though still sharply negative, a preliminary spring forecast from the Conference Board of Canada, on the other hand, shows the country’s GDP declining just 4.3 per cent in 2020.

Regardless of the severity of the downturn, contractors will likely be contending with fewer new building projects as a result of slashed capital budgets.

One exception could be within the infrastructure sector, where governments may be looking to prop up their economies through stimulus spending. Alberta, for instance, has already allocated an extra $1 billion toward road, bridge and school projects. Others are likely to follow.