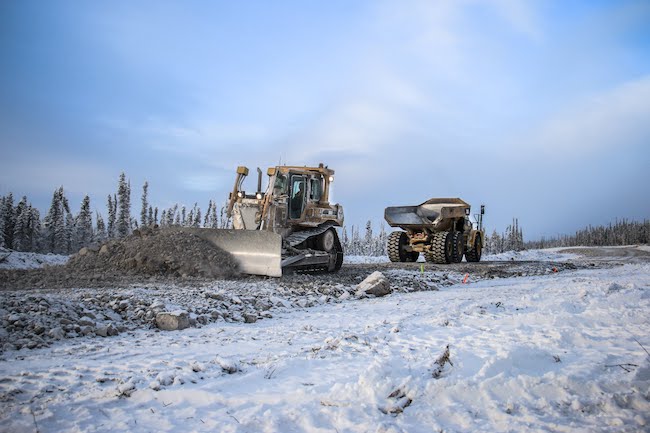 YELLOWKNIFE—Construction on a bridge over the Great Bear River in central Northwest Territories and a study looking at the feasibility of a wider project to build a new all-season road along hundreds of miles of the Mackenzie Valley are going ahead.

The federal and territorial governments committed a combined $140 million to the two infrastructure projects June 27. The funds will also pay for an all-weather road running from Wrigley, N.W.T. to nearby Mount Gaudet, about 15 kilometres north of the small community.

Situated on the Mackenzie River, Wrigley is the current northern terminus of the Mackenzie Highway, which links a number of remote towns in the territory to northern British Columbia and the rest of Canada. The latest funding for the three projects is part of a wider effort to complete a long-sought northern extension known as the Mackenzie Valley Highway. 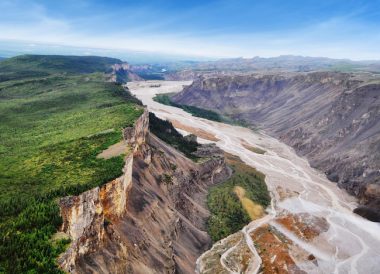 The proposed highway will link numerous towns situated on the east bank of the Mackenzie. PHOTO: Government of Northwest Territories

As the name suggests, the road would run north from Wrigley through the sparsely populated Mackenzie Valley, eventually connecting to the Dempster Highway south of Inuvik. It would span hundreds of miles and link towns on the east bank of the Mackenzie that currently use ice roads as their main access routes.

The recently completed Inuvik Tuktoyakyuk Highway is considered the northern-most segment of the Mackenzie Valley Highway, providing access to the Arctic Ocean.

“This funding will help advance projects that our communities, residents and businesses have been promoting for years, and allows for important planning work to continue to move the Mackenzie Valley Highway project forward,” said Bob McLeod, the premier of Northwest Territories.

The construction of the bridge over the Great Bear River near Tulita and work on the 15-km route north of Wrigley is expected to create some 400 jobs.

The study, meanwhile, will help plot the final routing and design for the Mackenzie Valley Highway, as well as study the environmental impacts of the project. Current government estimates put the cost of building the segment between Wrigley and Norman Wells, N.W.T.—less than half the way to the Dempster Highway junction—at $700 million.