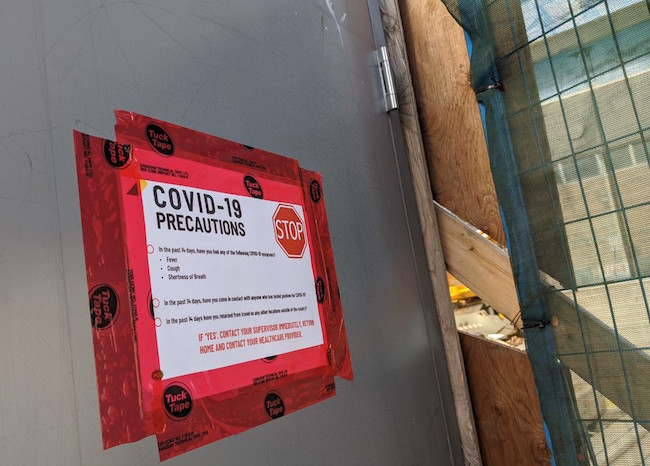 Strongly positive sentiment heading into 2020 turned negative during the first quarter as the COVID-19 crisis broadsided the building industry.

Fears over a struggling economy in the wake of widespread shutdowns have persisted, despite significant fiscal intervention from government, according to the Q1 2020 RICS/CIQS Canada Construction and Infrastructure Survey.

“The suspicion that the legacy of the pandemic will cast a shadow over the Construction and Infrastructure sectors for some time to come is evident in the forward looking metrics contained in the survey,” the report says. “Workloads are anticipated to remain subdued over the next twelve months, with employment projected to drop and, most notably, profit margins viewed as coming under pressure.

Along with less building demand, a higher number of industry respondents are now looking at material shortages as a barrier. Shortages of skilled workers continue to trouble the industry as well, though the coronavirus crisis has overshadowed the long-nagging issue.

Nationally, the sentiment has turned negative, but some regions have held up better than others. In Ontario, for instance, the current workload remains positive in all categories but private industrial. In British Columbia, as well as the Prairies and territories — the two other areas measured — the workload metric has shifted negative across all categories.