The number of people employed in the construction sector fell by 25,000 in November, eclipsing the industry’s October gains. 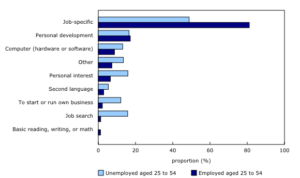 The number of people working in Canada’s construction industry fell by 25,000 in November, reports Statistics Canada. These latest numbers, included in the November Labour Force Survey report, represent a nearly two per cent decline from October, when employment had increased by 24,600. Despite the drop, employment in construction was still up by 84,000 compared to last year, due to gains from December 2021 to March 2022. Alberta and British Columbia experienced the steepest decline in construction employment, with a total decrease of 13,000 and 9,200 workers in each respective province.

The government agency also indicated that overall employment increased by 10,000 for the month, a small change following the 108,000 increase in October. The biggest increases came from the finance, real estate and manufacturing sectors. The construction industry and wholesale and retail trade experienced the largest declines.

The number of people working full-time increased by 51,000 in November. The number of people employed in full-time work has grown by 460,000 since November 2021, when the rate first surpassed its pre-COVID-19-pandemic level. Core-aged men (age 25 to 54) led the overall increase, with an addition of 212,000 positions. The employment rate among core-aged women reached a new record high of 81.6 per cent this November.