More than half of bridges and roads in Canada reported to be in good or very good condition in 2020. 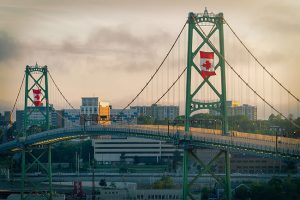 The stock and condition of Canada’s roads and bridges remained consistent from 2018 to 2020, according to new results from Canada’s Core Public Infrastructure Survey for 2020, which were recently shared by Statistics Canada.

Construction was completed for 43,316 kilometres (two-lane equivalent) of roads in 2019 and 2020, representing four per cent of the road network. This compares with 48,969 kilometres reported in 2017 and 2018, which were the focus of the previous iteration of Canada’s Core Public Infrastructure Survey. Almost half of the roads built in 2019 and 2020 were located in Quebec and Saskatchewan in rural municipalities with populations under 5,000.

Road conditions were mostly unchanged compared with 2018, with over half the length of roads in Canada reported to be in good or very good condition in 2020. A little over one-tenth were rated to be in poor or very poor condition.

Similarly, there was little change in the conditions of Canada’s bridges in 2020, when compared with 2018. About 57 per cent were found to be in good or very good condition and just 11 per cent were rated as poor or very poor.

During 2019 and 2020, construction was completed for 1,606 bridges, with more than three-quarters of these being in rural municipalities. The provinces building the most bridges in that period were Quebec at 681, followed by Ontario with 346, and the Prairie provinces at 482.


Related Stories
Canadian roads would stretch to the Moon and back… nearly
Twenty-year plan for Canada’s infrastructure
Saskatchewan invests $14M in rural roads, bridges
It’s been an eventful year in Canadian construction. Take a look at the stories that shaped 2018