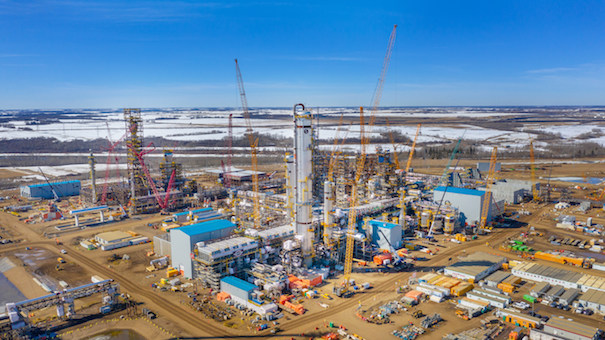 CALGARY—A proposed hostile takeover of Inter Pipeline Ltd. by its largest shareholder, Brookfield Infrastructure Partners LP, will likely turn into a drawn out contest with the potential for a white knight to drive up the offering price, analysts say.

“We believe the process to acquire through a tender offer can be long and offers the opportunity for competing bids, including white knight opportunities for foreign investors or peers,” analyst Nate Heywood of ATB Capital Markets said in report.

Stifel FirstEnergy analyst Ian Gillies said he expects Brookfield will likely succeed in buying Inter, but it will involve a long process and a higher bid.

“Brookfield Infrastructure remains open to engaging directly with the company on fair and balanced terms,” it said.

“Brookfield Infrastructure has made prior proposals to the company in good faith, with an objective of receiving access to confirmatory due diligence to support a valuation for the company above the offer, indicatively in the range of $17 to $18.25 per IPL share.”

On Thursday, Inter Pipeline responded that the offers made last year were rejected because they failed to recognize its value.

“Based on a comprehensive assessment of the conditional proposals, the board informed Brookfield that they did not reflect the intrinsic value of the company and were not sufficiently pre-emptive to grant Brookfield exclusivity,” it said.

“When a formal offer is made, it will be reviewed by the board with its legal and financial advisers.”

Inter Pipeline has been criticized because of its inability to find a partner as planned to share the costs of its Heartland Petrochemical Complex project now under construction near Edmonton.

It said in November it expected to line up a backer in the first half of this year, a process previously expected to conclude in early 2021. The estimated cost of the complex, meanwhile, was increased to $4 billion last May from the original $3.5 billion, in part due to the affects of the pandemic.

Brookfield said it would need to study Inter Pipeline’s books to “substantiate” its growth potential and its timeline and commercialization objectives for Heartland before making any increase to its offer.