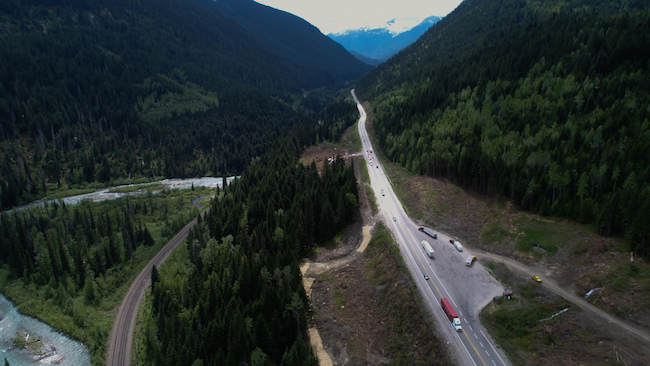 REVELSTOKE, B.C.—A costly project to widen a short segment of the Trans-Canada Highway outside Revelstoke, B.C. has gone to tender.

The province said Feb. 11 it is awaiting bids for a $62.9 million contract to widen a two-kilometre stretch of Highway 1 and upgrade an existing brake check area approximately 42 km east of the Interior city.

The winning bidder will be responsible for expanding the current road to four lanes, as well as tripling the capacity of the brake check area to accomodate 15 trucks as opposed to the previous five. Known as the Illecillewaet project, it’s the first of several upgrades planned for the Trans-Canada between Kamloops, B.C. and the Alberta border.

B.C. plans to award the contract by the end of March using its new, and controversial, Community Benefits Agreement. Construction is expected to commence shortly after.