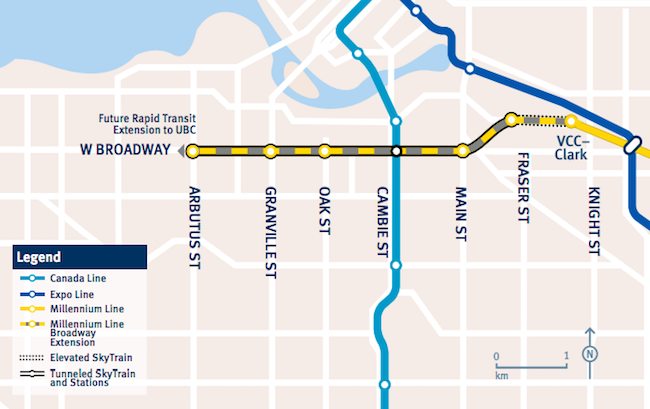 A map of the six-stop subway extension. The main construction work is scheduled to start next year

The B.C. government released its shortlist for the $2.8 billion project June 25, about two months after closing the request for qualifications (RFQ) stage. The Acciona-Ghella Joint Venture, Broadway Connect and West 9th Partners build teams will have until next year to submit their bids for the design, build and finance project.

The major job includes about five kilometres of tunnelling, the construction of six underground stations and the installation of an approximately 700-metre elevated line, among other aspects.

Early construction began this spring. The main work is scheduled to start in 2020, shortly after the province picks a winning bidder.

A breakdown of the consortia advancing to the request for proposals (RFP) stage: