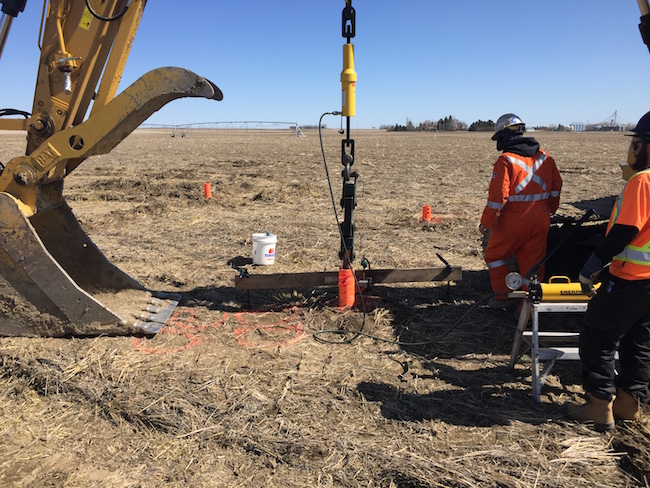 A joint venture between Alltrade Industrial Contractors Inc. and SkyFire Energy Inc. has won a contract to build a new utility-scale solar project in southeast Alberta.

Being developed by Enbridge Inc. and Morgan Solar Inc., the Alberta Solar One project outside Burdett, Alta. will have an approximately 10 megawatt capacity. The cost for the facility totals $23 million, according to Emissions Reduction Alberta, which includes $10 million in backing from the arms-length government organization.

The Alltrade/SkyFire team will take on engineering, procurement and construction for the project under an EPC contract awarded by Enbridge, the two companies said June 22. It is the first project for the JV, which was formed to pursue utility-scale solar and energy storage projects in Western Canada.

Construction is scheduled to get underway on the 80-acre site in August and a crew of about 50 will be working on-site at peak.

The solar farm will use modules made by Ontario PV manufacturer Silfab Solar, as well as a novel optical film technology and dual-axis trackers from Toronto-based Morgan Solar. Alltrade/SkyFire also noted they have picked racking and piles sourced from Canadian suppliers.

The estimated completion date for the project is March 2021.