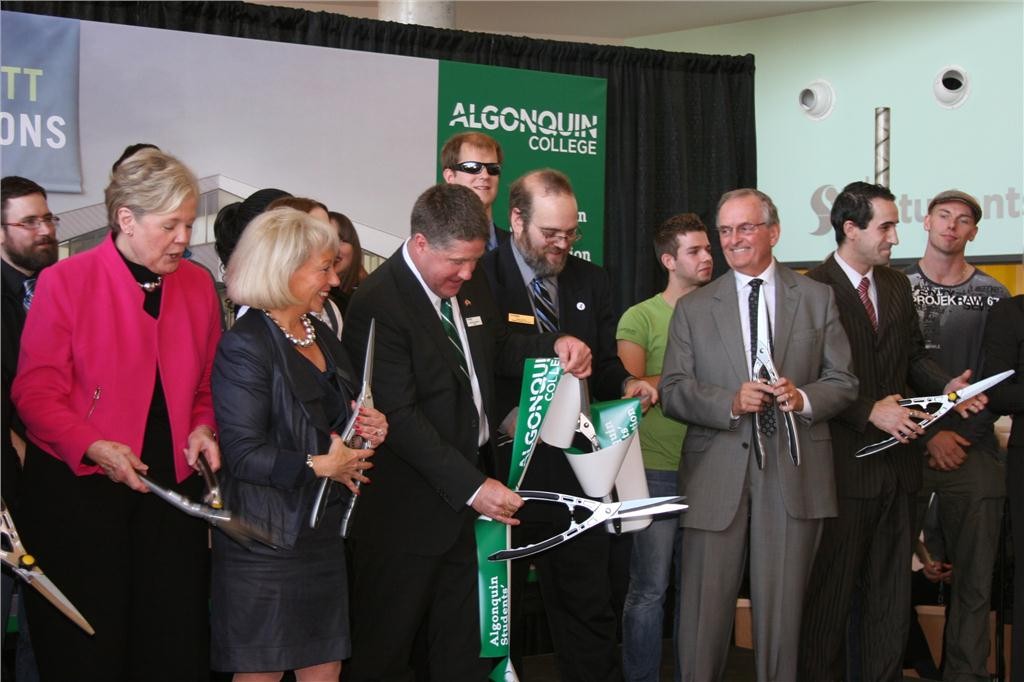 Algonquin College held a ribbon-cutting ceremony to mark the opening of the $52-million Robert C. Gillett Student Commons on Oct. 18 at its Woodroffe campus in Ottawa.

The facility was designed as a non-academic space for students and features a 700-seat auditorium; and space for various student services, including: counselling services, the Centre for Students with Disabilities and the Mamidosewin Aboriginal Student Centre.

The building was built to LEED Gold certification for New Buildings and was constructed by PCL Constructors Canada. The main consultants and architects on the project were IBI Group Architects and Teeple Architects.

The building was named after former Algonquin College president Robert C. Gillett for his commitment to student success and enhancing student services.

The project was funded through a partnership between the Algonquin Students’ Association and Algonquin College.