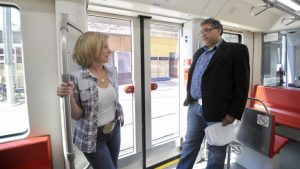 On the eve of the kick-off to the Calgary Stampede, the province of Alberta announced it will provide one-third of the total project cost, up to $1.53 billion over eight years to support Stage 1 of Calgary’s Green Line LRT project.

The LRT will serve more than 60,000 Calgarians every day connecting communities from 16th Avenue North through the downtown core to Shepard in the southeast. Stage 1 is projected to begin construction in 2020 and is anticipated to open in 2026. This stage will include a 4 km tunnel in the downtown area.

To read the full story: http://www.canadianconsultingengineer.com/transportation/alberta-commits-calgarys-green-line-lrt/1003405670/