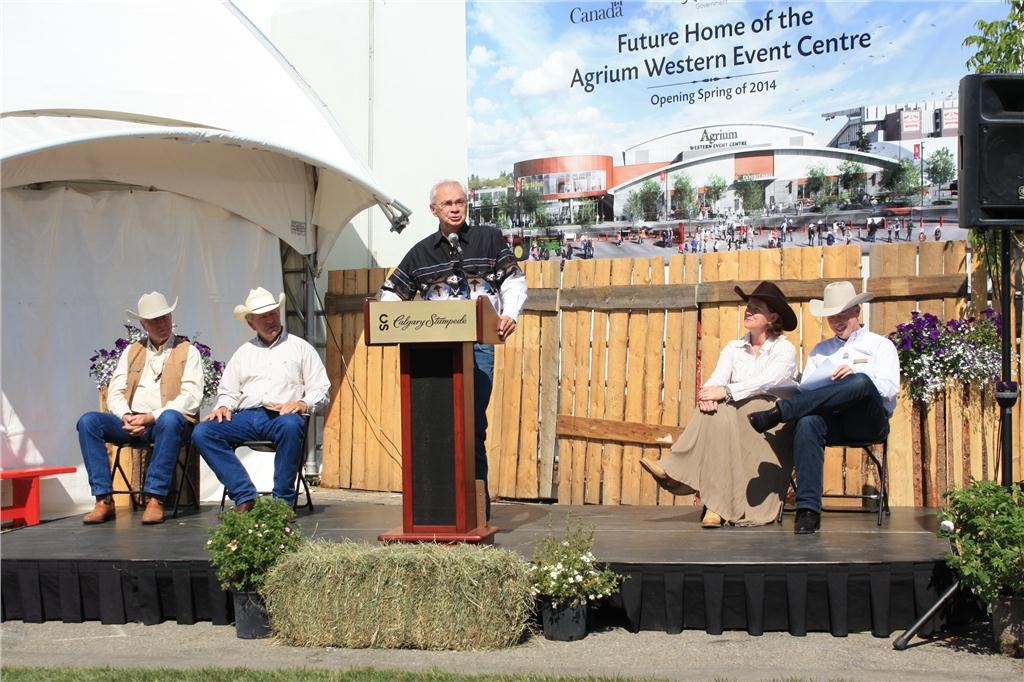 Members of the Calgary Stampede, the Government of Canada, the Government of Alberta and Agrium Inc. assembled for a ceremonial sod turning to mark the start of construction of the Agrium Western Event Centre in Calgary, Alta. on July 8.

The year-round event centre will be built on Stampede Park and will be a centerpiece for agriculture education, exhibition and industry in southern Alberta; as well as a meeting ground for rural and urban communities.

The federal government and the Government of Alberta both committed upwards of $25 million for the revitalization of Stampede Park’s agricultural buildings, which will cost approximately $60 million. Most of the funding was dedicated to the construction of the $42.6-million Agrium Western Event Centre.

Construction for the new events centre is scheduled to begin shortly after the completion of the 2012 Calgary Stampede.

“This Centre will be a place to celebrate agriculture and educate our guests about the Earth’s global food needs and what it takes to put nutritious food on the table here and around the world,” stated Mike Wilson, president and CEO of Agrium, Inc.