Cost overruns and schedule delays on infrastructure mega projects are common in Canada and around the world, according to a new report funded by the Institute on Municipal Finance & Governance. 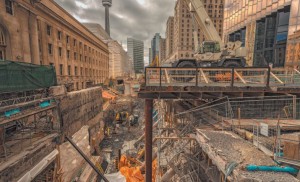 Cost overruns and schedule delays on infrastructure megaprojects are a common in Canada and around the world, according to a new report funded by the Institute on Municipal Finance & Governance.

“Millions of dollars here, months of delay there. International evidence suggests that the bigger the project, the more likely it will go over budget and miss its deadlines,” says report author, Matti Siemiatycki, associate professor in the Department of Geography and Planning at the University of Toronto.

“The three main explanations for cost overruns and delays are technical challenges, over-optimism, and strategic misrepresentations,” he writes in the recently released report Cost Overruns on Infrastructure Projects: Patterns, Causes, and Cures.

He believes most of these factors can be anticipated and controlled. You might expect that budgeting and scheduling would improve over time as those who manage megaprojects gain more experience, but this is not the case, he notes.

“The all-too-human tendency to underestimate the costs and time required to complete a project means that megaprojects are well-nigh guaranteed to exceed their budgets and schedules,” he writes in the executive summary of the report.

“At the same time, promoters of megaprojects may deliberately misrepresent the budget and schedule to ensure approval of projects from which they will gain – financially, professionally, or politically.”

Following the public release of his report yesterday, Siemiatycki was part of a sold out panel discussion including Ehren Cory, Infrastructure Ontario, divisional president of project delivery and James Purkis, Metrolinx, executive vice-president of Regional Express Rail. The event was moderated by Andy Manahan, executive director of the Residential and Civil Construction Alliance of Ontario.

“Some governments are already using these approaches. Yet there are barriers to their wider adoption. For one thing, the expense required for skills training, better data collection, and state-of-the-art forecasting technology may hold governments back.

“For another, many of the parties involved may prefer to obscure the frequency and magnitude of cost overruns to evade accountability for project failures. This inertia may be shifting, however, as intense media coverage of failures makes politicians and voters more demanding of public servants and government contractors.”

Siemiatycki’s full report can be downloaded and read here.