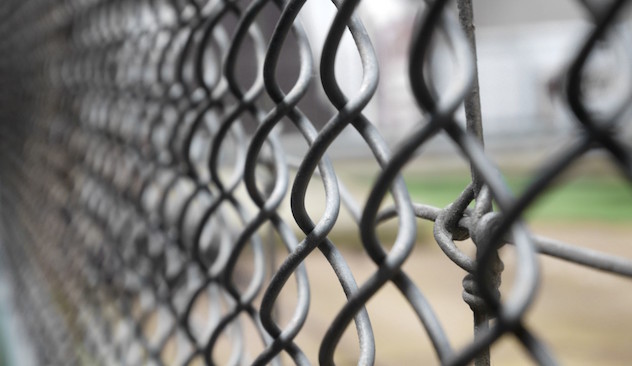 As little as a decade ago, the fencing industry in Canada was simple. Those seeking low maintenance and higher security chose chain link, and for their back yards, it was wood fence or bust. Security needs were low, budgets were small and everything was easy.

Things change, however, and while many people haven’t noticed it as much as industry insiders, security fencing has been one of the most rapidly evolving construction sectors in recent years.

So, while perimeter security might still be an afterthought for some, it has become a lot more than a footnote. In fact, if you are planning to build or retrofit any facility that needs perimeter security, it’s a good idea to start doing your research early.

To a greater or lesser degree, most change is driven by socio economic factors. Security fencing, as it happens, is no different.

One of the biggest universal factors in this change in Canada is urban densification.

In 1980, there were 2.45 people per square kilometer in Canada. Today, there are 3.81. But as we all know, Canada is still full of wide-open spaces, so most of that change has been in our cities. More people automatically mean greater security risks.

More people aren’t the only factor affecting crime and security needs in Canada though.

In Alberta, for instance, the sharp downturn in demand for oil in 2014 led to an immediate spike in petty and property crime. We saw it happen in the fence industry. Where we would once install fences and gates and only have to repair them many years later, we were getting called out weeks or months after a new install. Often this happened more than once, for the same type of repair.

In B.C., particularly the Lower Mainland and Vancouver Island, crime has seen a recent spike. Where more crime happens, more, higher security fences are sure to follow. In fact, many businesses in Metro Vancouver have abandoned mesh fencing altogether and are looking for higher security alternatives.

More recently, even on the residential fence front, we have seen changes to imported material driving the cost of fence products up significantly. Even the much-loved wood fence has increased by at least 30 per cent since the pandemic started, which makes newer products like vinyl fence a better choice in many cases.

WHAT DOES THIS MEAN FOR PEOPLE BUYING SECURITY FENCING?

When it comes to security fencing, the need for higher security options still seems to be much higher than the demand.

Many people who are looking for a fence still believe that just by putting up a barrier of some kind on their boundary line, they will be able to secure their property. More and more, this just is not true.

There is an old saying that fences only keep honest people out. Like all cliches, that is rooted in the truth.

Even though many security fence customers are still basing their choices on the most cost-effective options, many are finding them insufficient soon after they are installed. These days, it is not uncommon for fence companies to install an entry level fence, only to find they need to retrofit it shortly thereafter.

It is important to be realistic about your security fence needs. Choose a specification that offers higher security upfront, or one that can be upgraded easily in future. Consider why you are installing a security fence, and how much it might cost over time if it is not up to the job. Saving money upfront might not always be the best solution.

This is particularly true in the case of fences around potentially hazardous sites, like substations or airports. In these situations, it is not only about protecting the assets inside the fence, but limiting the chances a person accessing the site without permission may be hurt or killed.

SECURITY FENCING AROUND THE WORLD

Security fencing in Canada has been lagging the rest of the world for quite some time. We might have been lulled into a false sense of comfort up here in the far north, but we are rapidly catching up to our international compatriots.

In many parts of the world, panel fences are the baseline standard for security fencing installations. While we are not quite there yet, it is worth considering if you are designing a perimeter for the long term. If the rapid change in security needs continues as it has been, you might need it sooner than you thought.

In the U.S., Australia, South Africa and the U.K., high-security welded mesh fence systems like 358 mesh are becoming the standard for sites like prisons. They are harder to tamper with and rely less on electronics, which are vulnerable to power and signal interruptions.

Globally, security consultants design and develop perimeter security fence systems with a goal to delay potential breaches for a specific amount of time. Extensive testing is done to see how long it takes to cut, climb, or otherwise disable a fence system. There are even systems that are designed to float on waterways!

Border restrictions and supply chain shortages have limited the supply of many building materials in Canada. As materials become scarcer, prices havehit unprecedented levels. This has created a perfect storm, and criminals are cashing in.

Construction sites, where materials used to be safe, have now become the scene of brazen robberies. Companies that are already stretched thin due to rising costs are losing tens of thousands of dollars overnight.

Temporary site fencing, which used to be an option, has become a necessity, but there are some insider tips for this type of fencing too.

Customers looking to rent fencing should be aware different companies offer different heights. While six-foot panels might work, eight-foot panels are always better. Likewise, if you have a choice between chain link and welded mesh, opt for the latter. It’s harder to cut, and makes it easier to spot holes.

Another option to consider on larger sites, though it will take longer to complete, is a semi-permanent fence. Unlike portable panels, this type of fencing uses pounded posts and lower spec construction to create a better barrier.

HOW TO GET THE RIGHT SECURITY FENCE, NOW AND IN THE FUTURE

If you ask the fence companies themselves, many will tell you that in recent years, they have seen a marked increase in theft from commercial properties, of materials, equipment, nonferrous metals, catalytic converters and more. Even with insurance, the costs associated with this kind of theft — which is often repetitive — far outstrips that of a better security fence.

There is undoubtedly still a lot of room for chain link fencing in the security fence world, and there will be for a long time to come. Still, it is no longer simply a case of choosing the cheapest option and leaving it at that. With perimeter security needs changing so rapidly in Canada, the best advice is to ask the people with boots on the ground who can walk you through the most effective way to keep ensure security while keeping lifetime costs to a minimum.

Tamara Aspeling is a veteran of the fence industry in Africa and Canada. She has been working with high security fence systems for twenty years, and currently works in Technical Sales for Rite-Way Fencing, Canada’s largest fence company.