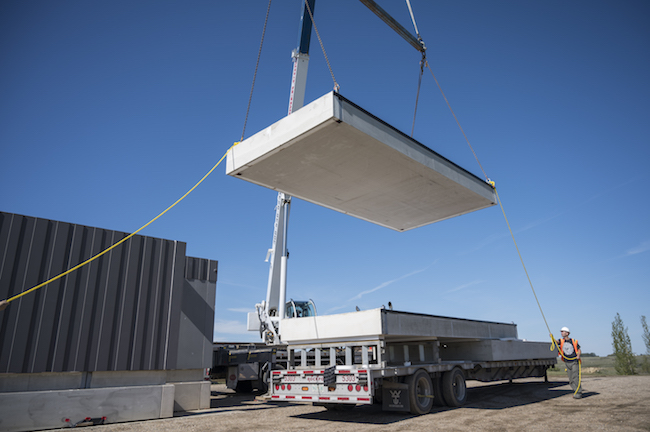 To form its building panels, Nexii uses an approximately half-inch layer of its proprietary material on each side of a conventional insulating core. PHOTO: Nexii

A Canadian cleantech company that’s developed a novel lightweight composite material used in structural wall panels is expanding east from its base in British Columbia with three new licensed manufacturing agreements in Canada and the U.S.

Nexii Building Solutions Inc. said July 16 it has reached deals with manufacturers in Alberta, Ontario and Pennsylvania that will see new plants built in each region that will produce millions of square feet of pre-fabricated building panels each year. The investments in the three facilities are expected to total $75 million

Stephen Sidwell, Nexii’s CEO, said strong demand for the company’s products has led it to accelerate the roll-out of further production plants. It currently has one operational facility in Moose Jaw, Sask., as well as a larger site under construction in Squamish, B.C.

“For North America to rebuild sustainably and achieve a green economic recovery, every industry needs to innovate and invest in new technologies,” Sidwell said in a release. “Buildings and construction together is the top contributor to global climate pollution, and Nexii has the potential to curb the environmental impacts created by our buildings.”

Nexii’s pre-fab components are built around a proprietary material it calls Nexiite. The company is keeping the make-up of the lightweight composite a trade secret, but previously shared a few added details about the material and its building method with On-Site. Because the panels do not contain any Portland cement and are highly energy efficient once in place, the company bills itself as a clean alternative to conventional building materials. 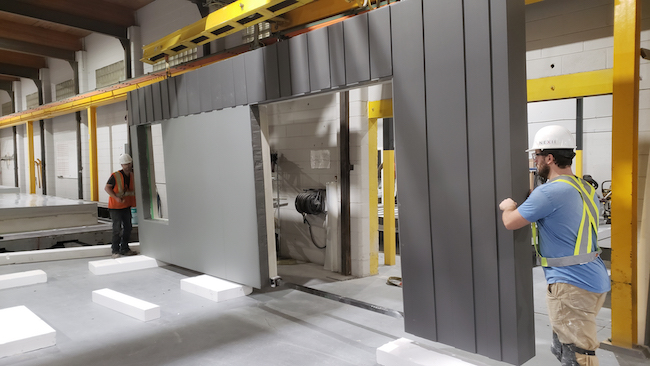 The new manufacturing facilities will be capable of producing millions of square feet of building panels every year. PHOTO: Nexii

Unlike Nexii’s first two plants, which are corporately-owned, the three new sites will be run by independent manufacturers and produce panels through licensing agreements.

Newvi Building Solutions is one of the companies to sign on to produce the pre-fab building components. Nexii said the company plans to invest $15 million in an Alberta production plant capable of producing four million sq. ft. of panels each year. In Ontario, Symphony Advanced Building Technologies Inc. has committed to spend $30 million on a Toronto area plant that will manufacture more than eight million sq. ft. of building panels a year. Finally, John Wolfington plans to build a new facility in Hazleton, Penn. that will serve the northeast U.S. market.

All three of the plants are expected to start producing panels next year and will cumulatively create 450 full-time jobs.

The manufacturing agreements cap a busy couple of months for Nexii.

In June, the company added several high-profile business executives to its team, including Michael Burke, the chairman and CEO of engineering firm Aecom. Burke and several others joined the Vancouver-based start-up’s board of directors. At the same time, Ronald Sugar, the chairman of Uber Technologies Inc. and Apple Inc. board member, signed on to serve on Nexii’s advisory board.