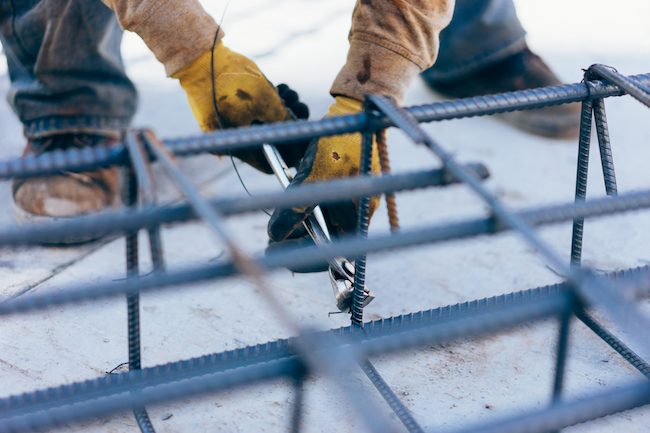 The deal tightens the definition of North American steel, but does not address aluminum. PHOTO: Getty Images

OTTAWA—Canada joined the United States and Mexico in heralding a new era of North American prosperity Dec. 10 as they formally agreed to changes to the new continental free trade deal.

The amended pact comes after years of intense negotiations marked by bickering, threats and frustration.

“This has been a long, arduous and at times fraught negotiation,” said Deputy Prime Minister Chrystia Freeland, who was in Mexico City for the elaborate signing ceremony.

“All of us together have finally accomplished what we set out to do at the very outset: a win-win-win agreement which will provide stability for workers in all three of our countries for many years to come,” Freeland said.

The three countries originally signed a renegotiated North American free trade pact a year ago, but U.S. ratification stalled as Democrats in Congress and their organized labour allies bickered with Mexico over labour rights, as well as the deal’s treatment of steel and aluminum.

Democrats were also upset with intellectual-property rules on pharmaceuticals and dispute settlement procedures, all of which led to fresh negotiations to amend the deal by tightening up some areas of the proposed agreement and loosening others.

The revised deal got a mixed response from various Canadian industry associations.

Among those voicing tacit approval for the new deal were the Canadian Chamber of Commerce and the Business Council of Ottawa as well as Canada’s largest union, Unifor.

“The new (deal), while far from perfect, provides a road map to implement necessary changes in trade policy to benefit workers,” Unifor national president Jerry Dias said in a statement. “The improvements announced today are a helpful boost in achieving those objectives.”

Sujata Dey, trade campaigner for the Council of Canadians, said the final deal remains flawed but the changes did make it a bit better.

“The changes to this deal show that while we are up against unprecedented corporate power, we are able to make a difference when we work together.”

The aluminum and brand-name pharmaceutical sectors were upset with the revisions, which saw Mexico agree to a tighter definition on what constitutes North American steel but not aluminum and a loosening of intellectual-property rules on medication.

Freeland defended the treatment of aluminum in the new deal, noting during a news conference at Canada’s embassy in Mexico City that the agreement provides more advantages for the sector than the old NAFTA.

“Every single one of the changes was in Canada’s national interest,” she said.

The deal now must be ratified by each country, including a vote in Canada’s Parliament, where the Liberals now only have a minority of seats. The government will need at least one other party to support the ratification.

Freeland did not say when such a vote will take place.

“I feel strongly that this agreement is very much in the national interest and that it is in Canada’s interest to ratify it as quickly as possible,” she said, adding she had already spoken to opposition trade critics about the details of the deal.

“I very much hope that they will join our government, they will join the Liberal party in working as quickly as we can to get this agreement ratified. … Let’s get it done.”

NDP trade critic Daniel Blaikie said his party was eager to see more details on the amendments before making any firm decisions on whether to support the deal, including the provisions on aluminum and intellectual-property rules for pharmaceuticals.

Bloc Quebecois Leader Yves-Francois Blanchet warned that his party will not support the deal if Canada’s aluminum industry is not protected, describing the industry in French as “not only important in Quebec, it is emblematic of Quebec.”

U.S. House Speaker Nancy Pelosi said in Washington congressional Democrats were supportive of the changes, paving the way for implementing legislation to finally be tabled in Congress.

“This is a day we’ve all been working to and working for,” Pelosi said.

Pelosi also didn’t put a deadline for tabling the deal, but said Democrats were hoping to get moving before the end of the congressional session on Dec. 20. After that Congress will disperse until 2020 and its focus will shift to next fall’s election.

U.S. President Donald Trump, labour unions and many Democratic lawmakers branded NAFTA 1.0 a job-killer for America because it encouraged factories to move south of the border, capitalize on low-wage Mexican workers and ship products back to the U.S. duty-free.

Negotiations on the new deal first started in August 2017.