Ottawa said Canada's reciprocal tariffs are "critical" in pressuring the U.S. to call an end to the trade dispute "once and for all" 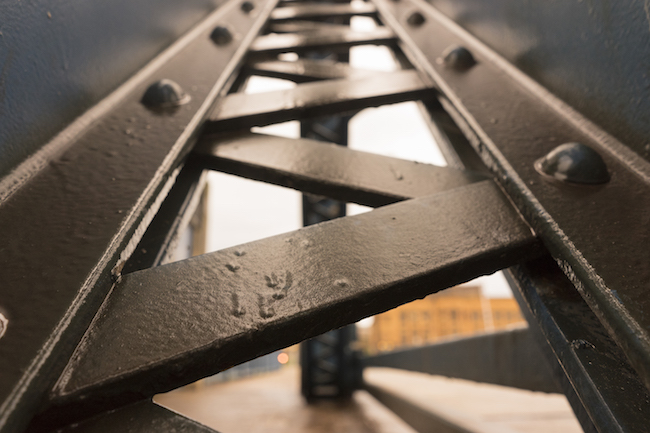 Along with major impacts on other industries, the tariffs have destabilized prices for construction steel and aluminum. PHOTO: Getty Images

TORONTO—Ottawa dismissed a call from Ontario’s economic development minister Feb. 4 to drop retaliatory tariffs against the United States, saying doing so would mean “unilateral surrender” to the Americans.

The federal government applied tariffs on $16.6-billion worth of American imports of steel, aluminum and other products after the U.S. imposed steel and aluminum levies last year.

Ontario’s Economic Development Minister Todd Smith had said Monday that the tariffs are hurting industries and workers in both countries, and if Canada dropped its countermeasure tariffs the U.S. could drop theirs.

Federal Economic Development Minister Navdeep Bains rejected the suggestion, saying in a statement that his government has been hard at work pressuring the Americans to end the trade dispute.

“The Ford government’s call for Canada to unilaterally and unconditionally remove its counter-tariffs would equal unilateral surrender to the Americans,” Bains wrote. “The reciprocal tariffs are critical to pressuring the Americans to end this dispute once and for all.”

“While we’re standing up against illegal U.S. tariffs and supporting steel and aluminum workers in Ontario, Doug Ford’s government is nowhere to be seen,” Bains wrote. “We’re not aware of any efforts by the Ontario government to persuade any American leaders to drop the tariffs — no meetings, no phone calls.”

Smith noted that Premier Doug Ford met at the auto show in Detroit with car makers, who are concerned about the tariffs.

“We continue to burn up the phone lines in the U.S. to remind them that these tariffs are hurting them just as much as they’re hurting us,” he said. “Ontario is doing its part, now it’s time for the federal government to do theirs.”

Ford has suggested to the federal government that Canada’s tariffs should be dropped first, Smith said, though he admitted there is no indication doing so would lead the U.S. to in turn remove its tariffs.

“But clearly something has to be done,” Smith said. “These tariffs have been in place since June of last year and there’s been no movement on this.”

Smith and Quebec Economy and Innovation Minister Pierre Fitzgibbon sent a letter Monday to Morneau, calling on Ottawa to secure the permanent removal of all tariffs on Canadian steel and aluminum.

Both Algoma Steel and the Canadian Steel Producers Association tweeted that the retaliatory measures are necessary.

The tariffs were imposed last year by the U.S., and the American commerce secretary has said they were designed to address the world’s overproduction and overcapacity of steel. The federal Liberals were criticized last fall for signing a new North American trade pact, which includes the U.S., without securing any guarantees from Washington that it would lift the levies.

Ottawa has announced a financial aid package for industries caught in the crossfire, including up to $2 billion in new funding and support for workers in steel, aluminum and manufacturing sectors.

Canada has rejected the premise of the American duties — that its metals exports pose a national-security threat to the U.S. — and has been fighting for the removal of the tariffs.

The United States is also coming under pressure from American automakers, aluminum producers, manufacturers and farmers to put an end to the tariff standoff.

Industry emissaries are warning that Trump’s tariffs on Mexican and Canadian steel and aluminum, as well as their reciprocal countermeasures, are rapidly undermining whatever benefits the U.S.-Mexico-Canada Agreement will produce once it takes effect.