Pouring of concrete in the Lower Mainland and Fraser Valley to start almost immediately. 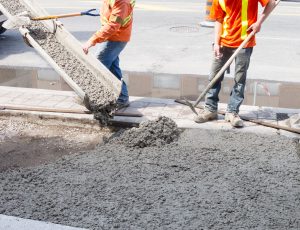 According to a release from the International Union of Operating Engineers Local 115, a deal has been reached to end the five-week-long concrete strike in the Lower Mainland and Fraser Valley of B.C. IUOE Local 115 representatives and Rempel Bros. Concrete negotiators, struck a tentative deal late Thursday afternoon that was then ratified by members.

“Some desperately needed pours will no doubt begin this weekend, and our members will have peace of mind that their jobs are secure for the future,” stated Mike Mayo, IUOE Local 115 business representative and lead bargaining agent for the concrete dispute.

It is estimated that the strike was impacting more than 50 per cent of the construction projects in Metro Vancouver and the Fraser Valley, covering residential, industrial and public infrastructure projects such as the Pattullo Bridge Replacement and the Broadway Subway Project.

The parties worked with a mediator, former chair of the Labour Relations Board, Jacquie De Aguayo to navigate to the new agreement.

“This was a tough negotiation. Both sides were very strong in what they wanted, and we would not have found a solution to the strike without the assistance of mediator De Aguayo,” said Josh Towsley, IUOE Local 115 assistant business manager. “Her intervention greatly benefitted workers and the construction industry by acknowledging the inconvenience this strike had on other projects, and how critical it was to find a solution to our dispute.”

Rempel Bros. Concrete has agreed to improve working conditions and find solutions to long shifts that keep their business running efficiently and that respects the right of all workers.

“The construction industry moves at a rapid pace, and at the end of the day everyone wants to go home to their families and feel accomplished with the hard work they have done for the day,” explained IUOE 115 business manager Brian Cochrane.