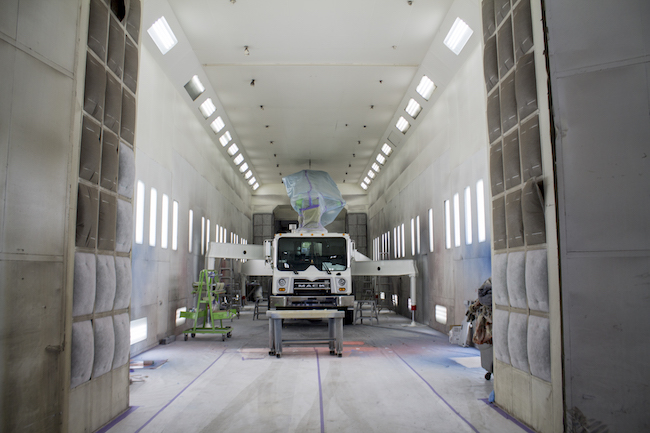 Cities across North America are on an upward trajectory, literally, as more and more mid- and high-rise developments take root to accommodate an increasing number of people moving to urban centres. As skylines in places such as Toronto, Seattle, Montreal, Vancouver and Los Angeles grow higher, the construction industry is evolving to meet the new demands.

A shift in the concrete industry is one prominent example.

Though tailgating is still the top method for pouring concrete, accounting for about half the market, pumping concrete has gained significant ground over the past two decades. In the U.S. for instance, pumping now accounts for about 34 per cent of concrete placed, up from 20 per cent in 2000, according to major U.S. concrete contractor Brundage-Bone Concrete Pumping Inc.

The trend is expected to continue.

“There is a move toward urbanization. These buildings are getting taller and people are moving to the city,” he said at a recent media event hosted by Mack Trucks. 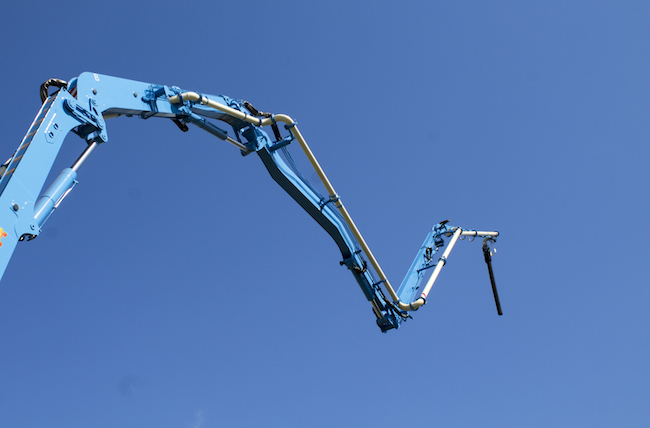 The largest truck-mounted boom pumps can extend about 65 metres. For taller high-rise projects and other hard-to-reach locales like tunnels, contractors opt for line pumps that often use custom-built piping systems

“Right now… particularly on the West Coast, as well as in places like Toronto, there’s a lot of high-rise activity going on,” Dawley added. “Those customers are opting for our stationary pumps, or line pumps.”

Along with evolving building practices, advancing pump technology is driving the slow shift from traditional tailgating.

When it comes to truck-mounted pumps, Putzmeister, which was acquired by Sany Heavy Industry in 2012, primarily uses Mack Truck chassis. It performs numerous alterations to the chassis, including adding axles and installing twin steer, at its Racine, Wis. facility.

“From a chassis relationship perspective, that integration between machines is absolutely critical,” Dawley said. “The rigidity of the product, the durability of the product is paramount and being able to handle the forces and the loads that are put on the machines, especially with the large booms.” 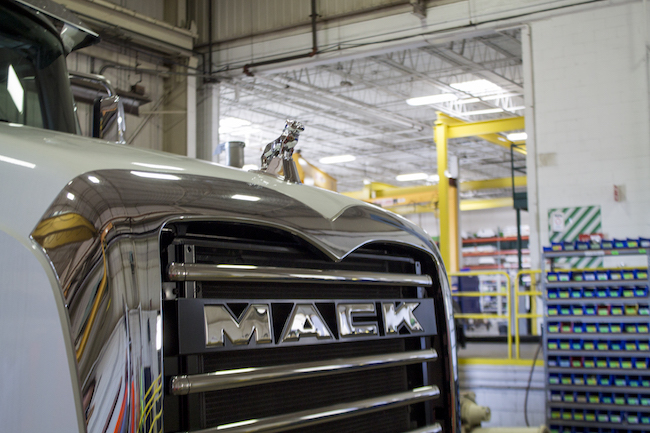 On-Site was among the construction press to tour the two pump manufacturing facilities this August.

“These are not standard off-the-shelf vehicles running up and down the road,” Roy Horton director of product strategy at Mack Trucks, said. “They’re developed for a specific task.”

Schwing’s truck-mounted pumps range in size from 17-to 65-metre booms. The smaller pumps have three axles, while the largest have eight — enough to distribute the considerable weight on the pump and boom and meet bridge and road rules. Outriggers stabilize the truck while operators use a remote to control the boom and pump concrete at a safe distance. 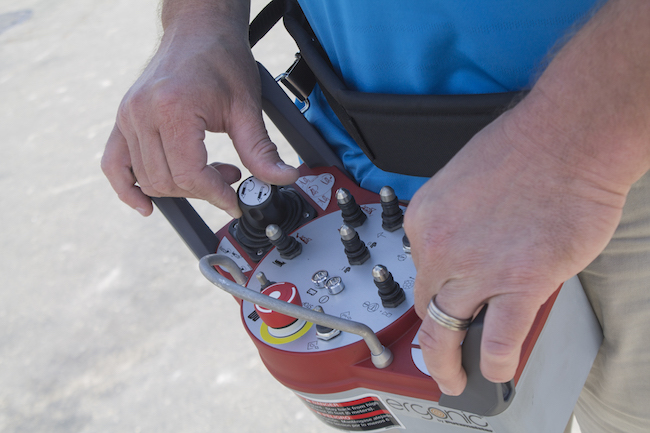 Operators run a pump truck’s boom using a remote, keeping them at a safe distance and allowing them to see the concrete as it’s poured

Along with the precision a boom pump affords, contractors can save considerably on time and labour when using a pump as opposed to tailgating, O’Malley noted.

Pumps are a must when building many multi-unit residential, institutional and industrial buildings, but homebuilders are also increasingly turning to pumps to pour residential foundations. They can help contractors save on excavation costs, and using their long booms, crews can get concrete into hard-to-reach areas a truck couldn’t access.

There’s also a safety element. While typical mixer trucks need to back up very close to where they’re pouring, pumps can remain at a safe distance where there’s little to no risk of their losing their footing. 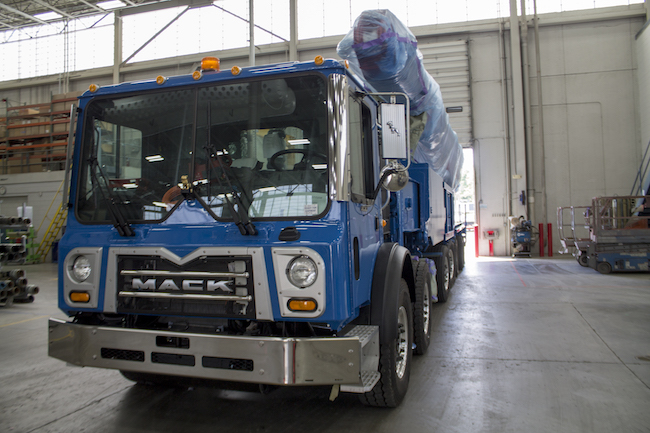 A specially-designed boom pump destined for the Quebec market. Particularly on large pumps, customization is required to meet bridge and road load laws in specific jurisdictions

Still, for the increasing number of building projects stretching above 200 feet (about 60 metres) a truck-mounted boom pump simply can’t reach. On these jobs, builders can opt for trailer-towed pumps, or placing booms that climb with the high-rise.

“They climb with the facility like a climbing tower setup so that we can pump into the forms of the building on a continuous environment,” Dawley said. “We provide all the piping and all of the tower structure that goes up into the high-rise for all of the floors.”

For easier-to-reach jobs, truck-mounted conveyors, or Telebelts — as Putzmeister calls them — are also an option. Similar to boom pumps in their reach, these machines use a conveyor system that can move all kinds of materials, concrete included. They handle high volumes of material, but are far less accurate in placing concrete than a boom pump. 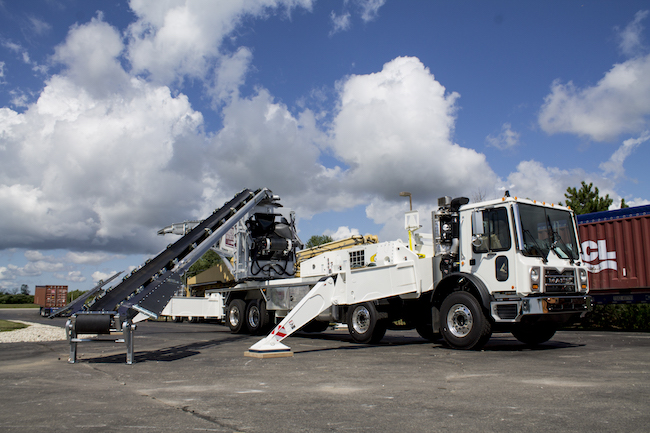 A Telebelt conveyor mounted on a Mack TerraPro. The extended outriggers stabilize the truck during operation