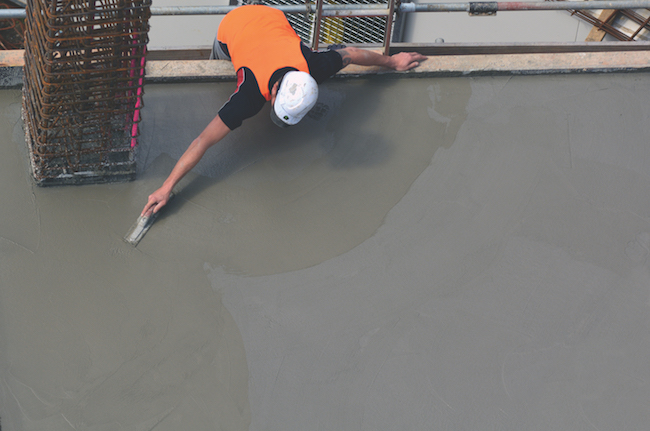 Earlier this month, the Global Cement and Concrete Association announced its ‘2050 Climate Ambition,’ which will see many of the world’s largest manufacturers of cement and concrete work toward carbon neutrality.

“As we face the challenges for future generations and begin global economic recovery, concrete will be even more critical to building the sustainable world of tomorrow,” said Dinah McLeod, GCCA’s chief executive, in a release. “That’s why we are making this commitment today, in order that our crucial industry aligns with global targets, including the Paris Agreement.”

The energy intensive process to produce cement — and concrete by extension — generates around eight per cent of global carbon dioxide emissions. As countries around the world look to decarbonize, the industry has come under increasing pressure to address its environmental footprint. Continued strong demand for concrete compounds the issue. The ubiquitous construction material remains integral to construction projects of all types, from single-family homes, to infrastructure, to high-rises.

McLeod acknowledged getting to zero would be challenging, but said the association’s members are committed to working with their partners, construction industry stakeholders and others in the supply chain to slash emissions.

Some progress has already been made. The GCCA, which was founded in 2018 and represents 40 major producers around the world, including CRH, HeidelbergCement and LafargeHolcim, notes the global industry has reduced CO2 emissions per tonnes of cementitious material by 19 per cent since 1990.

To work toward increasingly sustainable concrete, the industry plans to pursue strategies that reduce or eliminate energy-related emissions during production and processing, and deploy carbon capture technologies on a wide scale. Reducing the amount of clinker in cement, as well as the cement content in concrete is another key aspect of the roadmap, which the industry group says is a work in progress. The GCCA also pointed to increasing concrete recycling and harnessing concrete’s ability to absorb carbon directly from the atmosphere.

The Cement Association of Canada (CAC), an affiliate of the GCCA, said the 2050 plan is a “historic” commitment.

“We have improved our manufacturing energy efficiency by 20 per cent, introduced lower carbon cements, are substituting fossil fuels with low or zero carbon fuels; and, perhaps most exciting, we are leading the way on carbon capture, utilization and storage, with several cement facilities being well advanced in the implementation of these technologies,” Michael McSweeney, the CAC president and CEO, said in a release.

Recent work within Canada includes a feasibility study into commercial-scale carbon capture at a Lehigh Cement plant in Edmonton and the increased use of technology from Halifax-based CarbonCure that locks carbon from waste streams into concrete, lowering the overall carbon footprint of any given pour.

The GCCA plans to release a full roadmap for how the industry can achieve carbon neutrality by 2050 in the second half of next year.