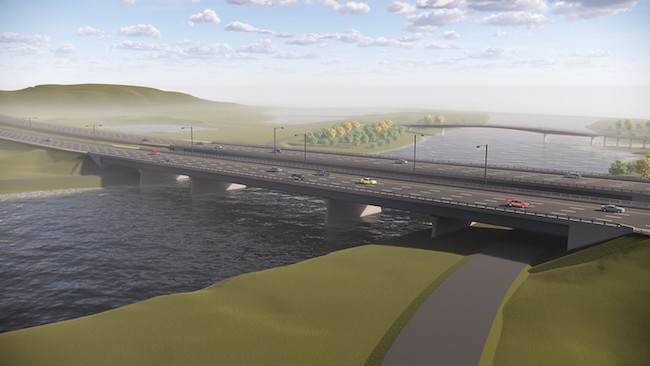 A rendering of the new and upgraded series of bridges over the Bow River in Calgary. PHOTO: Province of Alberta

A $48 million contract to replace a bridge over the Bow River on southeast Stoney Trail in Calgary has been awarded to PCL Construction.

In a release Jan. 8, the Alberta Ministry of Transportation said the contractor will start construction on the infrastructure project this spring. The scope of work includes building a new eastbound bridge, widening the existing westbound bridge and erecting a new, standalone pedestrian bridge.

Initially expected to cost $70 million, the province said the total cost of the project is now estimated to come in at $60 million.

The project will create 244 jobs over the roughly 30-month construction period. The series new and upgraded of bridges are scheduled to open to in late 2023.