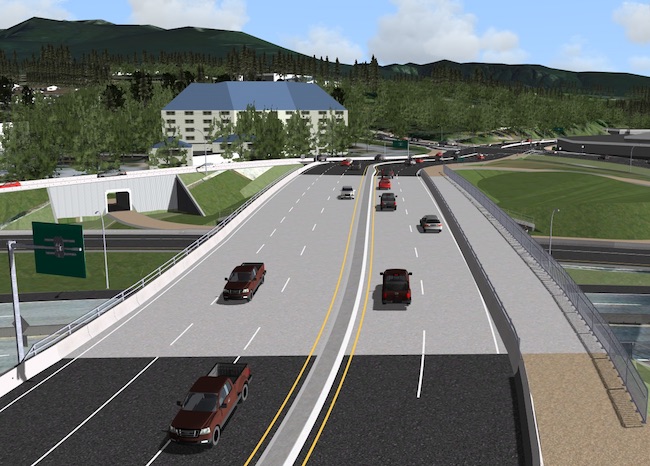 About 120,000 commuters currently travel along Highway 1 through the area each day, prompting gridlock, particularly at peak times. PHOTO: LafargeHolcim

VANCOUVER—The Canadian arm of multinational construction materials firm LafargeHolcim has won a contract worth more than $100 million to serve as the prime contractor on a major highway project at the northern end of Metro Vancouver.

The B.C. government announced last week that work was moving ahead on the Lower Lynn Project, which is designed to ease congestion along the city’s North Shore. About 120,000 commuters currently travel along Highway 1 through the area each day, prompting gridlock, particularly at peak times.

LafargeHolcim will head construction on the four-phase project that includes highway widening, bridge construction and improved access ramps. A few highlights include two new bridges on each side of the existing four-lane Lynn Creek Bridge; a new five-lane overpass over Highway 1 at Keith Road; a pair of new westbound lanes connecting Mount Seymour Parkway with Mountain Highway; and 3.4 kilometres of bike paths and sidewalks.

The total cost of the project will run to $198 million, with the province providing $76.7 million, Ottawa kicking in $66.6 million and North Vancouver investing $54.7 million.

LafargeHolcim said it will bring a number of resources to bear on the job, specifically its Solutions & Products segment. Using recycled aggregates along with supplementary cementitious material to enhance strength, the company said the new stretches of road will be among the most sustainable in the country. Overall, it will make use of 200,000 tonnes of demolition waste that would have otherwise ended up in landfills. Crews will also employ sensors to monitor concrete pours, allowing them to streamline formwork stripping and reduce construction time.

The project is scheduled to be complete by 2021.