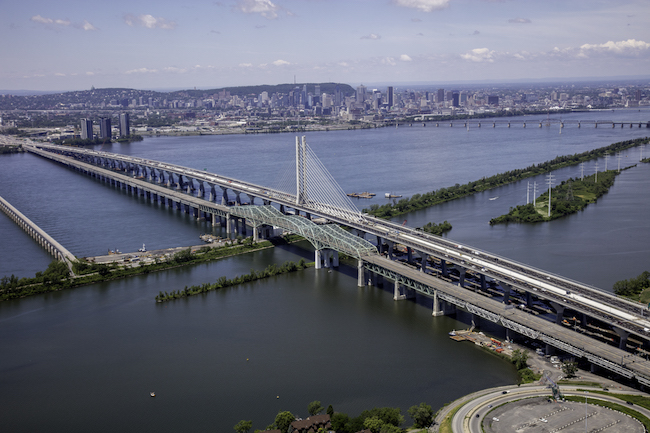 The main component of the Samuel De Champlain Bridge Corridor project — the new bridge itself — opened to vehicle traffic at the beginning of July, while several pieces of the wider project were scheduled to reach completion by Oct. 31.

Residents awaiting a reprieve from the years of construction will need to wait a little longer.

The construction team in charge of the project said Oct. 28 it won’t wrap up the work on the final elements of the multibillion-dollar bridge before its latest deadline.

Despite progress on all the remaining components of the project, including connections to Highway 15 and Highway 10 and the bridge’s central multi-use path, Signature on the St. Lawrence (SSL) won’t finish the work until the end of fall. Even then, certain touch-ups and landscaping will remain on the docket for next spring and summer.

The latest delay adds to a string of postponements to the major bridge project, which began carrying vehicles over the St. Lawrence River about six months behind schedule.

Infrastructure Canada said the all-season multi-use path, which cyclists and pedestrians can use to cross the river, is still scheduled to open later this year.