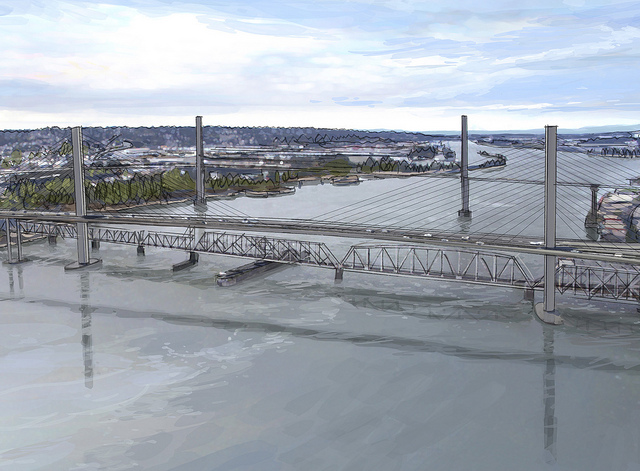 Rendering of the new Pattullo Bridge (PHOTO: Province of B.C.)

Fraser Crossing Partners has been selected as the preferred proponent for the Pattullo Bridge Replacement Project in B.C.

The construction team, headed by Aecon and Acciona, and the province are currently undergoing final negotiations for the contract to design and build the new bridge, provide partial financing during construction and demolish the existing bridge.

The new Pattullo Bridge, a four-lane, toll-free crossing that will replace the existing Pattullo Bridge, connects Surrey and New Westminster, B.C. The new bridge will aim to improve safety and create easier connections for residents, commercial vehicles, cyclists and pedestrians. The contract award is anticipated for early 2020.

The project, for which the RFP was released earlier this year, shortlisted three teams for the bridge replacement: Fraser Community Connectors, Flatiron/Dragados/Carlson Pattullo JV and Fraser Crossing Partners.

The $1.4 billion Pattullo Bridge Replacement Project is scheduled to open in 2023.