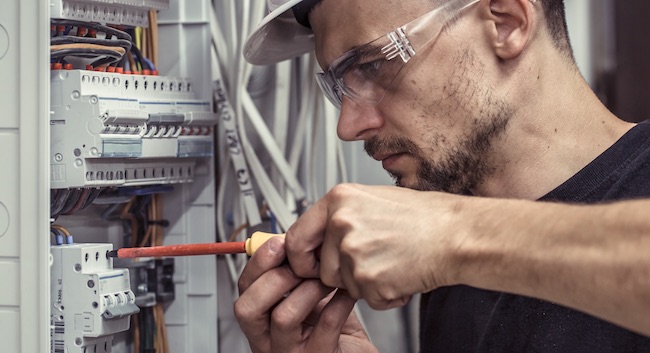 According to the latest research, 26,800 new certified journeypersons will be required by 2030 to sustain the construction industry

The Ontario government is following through on an earlier commitment to do away with the Ontario College of Trades (OCOT).

Monte McNaughton, the minister of Labour, Training and Skills Development (MOL), introduced a new act May 6 designed to make the province’s skilled trades and apprentice system easier to navigate, as well as more accessible.

“Under the current system, responsibilities are shared between OCOT and the Ministry of Labour, Training and Skills Development, causing confusion and added burden for people wanting to pursue a career in the skilled trades, which leads to employers struggling to find qualified skilled trades workers,” McNaughton said in a release.

The Building Opportunities in the Skilled Trades Act follows years of work aimed at replacing the current system. The Ontario government set out to wind down the OCOT in 2018 and established an expert panel to advise on how to better manage the training of skilled trades workers across the province, including those in construction, last year.

If passed, the legislation would create a new agency known as Skilled Trades Ontario. The Crown entity would take the lead on both promoting and developing up-to-date training curricula for apprentices. It would also provide a “one window” experience — from apprentice registration, to the issuance of certificates and the conducting of equivalency assessments — eliminating current interplay between the OCOT and the MOL, with many of the services offered digitally.

Stephen Hamilton, chair of the Ontario Skilled Trades Alliance (OSTA), was among the wide range of industry stakeholders to welcome the fresh approach.

“We are hopeful that Skilled Trades Ontario will stay focused on its mandate to promote the trades and encourage employers to play a greater role in mentoring aspiring tradespeople from the start to finish of their apprenticeship,” he said in a release. “That’s the way to close the skills gap, lead economic recovery and keep Ontario competitive.”

Think tank Cardus, which released a critical report on the OCOT in 2011, said the new act enhances industry participation in the trades process while leaving enforcement in the hands of government.

“The former system was a chimera that pitted trades and stakeholders against each other and was a confusing, redundant mess,” said Brian Dijkema, a labour policy specialist and vice-president of external affairs at Cardus, in a release. “This new approach will allow industry, labour, and government to work together productively and seamlessly on the development of a 21st century approach to trades.”

The new agency is part of a wider push from both government and industry refocus on the skilled trades as possible labour shortages loom.

Based on projected new registrations and completion trends, some of the largest construction trades, such as bricklayers, glaziers, industrial electricians and welders, may be in short supply by 2030, BuildForce Canada said in a recent report. Within construction, according to the industry research organization, 26,800 new certified journeypersons will be required by 2030 to sustain the construction industry as a whole.