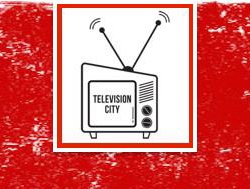 HAMILTON, ON – Brad Lamb, CEO of Lamb Development Corp., in partnership with Aaron Collina of Movengo Developments, revealed Television City, a large scale  development site to be built in Hamilton for residential and retail purposes. Designed by Peter Clewes of architectsAlliance, with interiors by Kelly Cray of U31, the development is the largest plan proposed in Hamilton to date.

Television City is a $360-million project that will house approximately 618 units in total once complete and occupy 44,000 sq. ft. of land. Located at 163 Jackson St. West, the proposed development will consist of two connected high-rise towers, one 40-storey and one 30-storey.

“Hamilton is in the midst of a cultural renaissance, making it one of Canada’s most exciting cities. Its growth represents tremendous opportunity for residents, entrepreneurs and investors,” said Lamb. “The emerging culture, hospitality, medical and technology scene, along with the recent surge in locally based investment, combine to create a vibrant city for buyers and residents of Television City.”

The buildings will feature approximately 485,424 square feet of usable space, with 474,080 square feet dedicated to residential units and 11,344 square feet of retail space. The historic mansion currently on-site is a heritage building built in 1850 that will be repurposed and maintained as part of Television City.

“We preserved the heritage of the 1850s mansion that housed a broadcast studio for over six decades through features like the playful display of vintage televisions,” said Kelly Cray, principal of U31. “The overall aesthetic is nostalgic but modern, with nods to media, expressed through reintroduced elements such as graphic wallpapers containing subtle retro nuances.”

Owners and residents will be able to enjoy hotel-like amenities featuring an outdoor infinity pool, fitness centre and skyclub. Additionally, a co-op tech centre will allow professionals and creatives to use a workspace environment that fosters collaboration and fulfils their work-at-home digital needs. A children’s play centre, private dog walk and pet-washing station will appeal to growing families.

With climbing real estate prices in Toronto, Lamb recognizes homebuyers are now searching outside of the downtown core for property. His aim is to deliver housing that is urban and modern for those relocating, while simultaneously appealing to existing residents looking to live in a condo community.